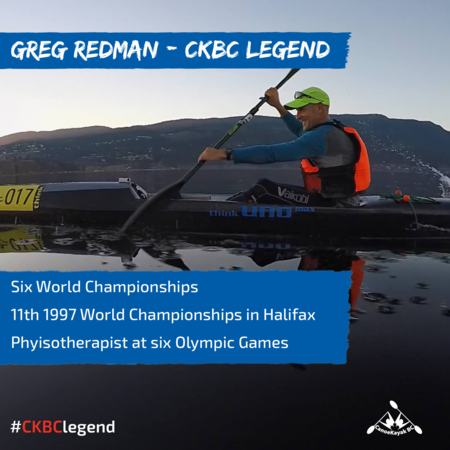 Originally a paddler in South Africa, Kelowna's Greg Redman joined Burnaby Canoe and Kayak in 1991 after his family immigrated to Canada. A sprint national team member from 1993-2001, Redman is now a successul sport physiotherapist who has participated in six Olympic Games.

Canoe Kayak BC caught up with the succesful business owner and national team physiotherapist as part of our Legends' Series.

When were you in BC?

Why were you here?

My family had immigrated to Canada and so moved to Port Coquitlam. I was accepted and completed a BSc in Kinesiology from SFU. And I was on the National Sprint Team from 1993-2001.

What are you career highlights?

What you are doing now?

What is your favourite paddling memory:

Training on Burnaby Lake in the spring before Olympic Team trials with 11 guys side by side giving their all on every workout.