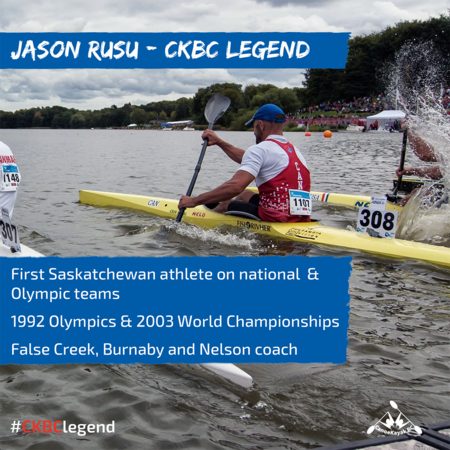 Nelson Kayak and Canoe Club’s Jason Rusu learned to paddle and race sprint kayak in Saskatoon, Saskatchewan. The first paddler from that province to be named to Canada’s national team, Rusu competed at world cups, world championships and the 1992 Olympics. Now 47 and still competing, Rusu was Canoe Kayak BC’s 2016 Masters Athlete of the Year.

In addition to paddling internationally, Rusu is also a NCCP Level 3 Certified Coach. As a leader in paddling sports in both B.C. and Alberta, Canoe Kayak BC caught up with Jason Rusu to lead off our Legends’ Series.

What are your career highlights?

What makes paddling a great sport?

What are your contributions to paddling in B.C.?

Any other involvement in paddling?

I also served as the head coach in Calgary for a total of three years between 1997 and 2005 and served as Vice President and President on the Alberta Sprint Racing Canoe Association from 2004 - 2008.