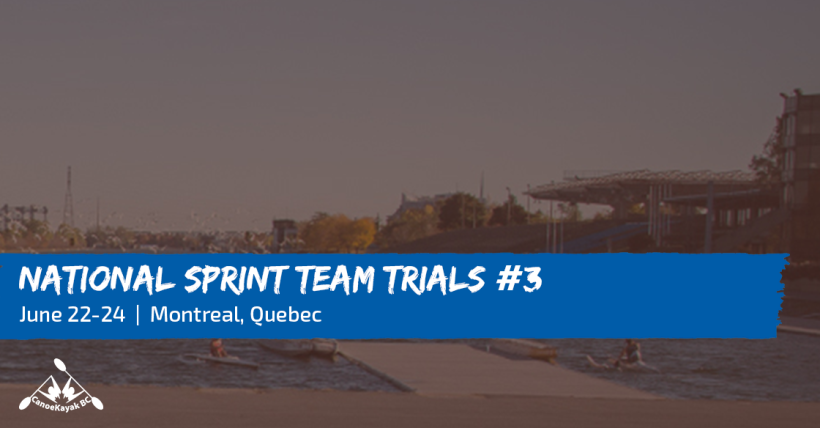 A record number of B.C. sprint athletes will compete at the third National Team Trials in Montreal from June 22-24. In total, 12 athletes from four clubs will vie for spots on national teams and assignments to international competitions.

Leading the B.C. contingent is Brian Malfesi (Ridge) who is competing to represent Canada at the Senior World Championships. At the last set of trials, Malfesi demonstrated he is one of the fastest paddlers in Canada.

Also looking to represent Canada at upcoming competitions are Burnaby’s Alex Brent and Matthew Koehler for the U23 World Championships. False Creek canoeist Ydris Hunter, who represented Canada and B.C. at the 2017 Olympic Hopes regatta, is looking at the Junior World Championships this year.

The U17 and U16 athletes can qualify for Olympic Hopes, which is a stepping stone to Junior Worlds. The athletes can also qualify for the University Worlds (Hungary) and Pan Am Championships (held in mid-September in Nova Scotia).

“I’m excited to see such a large contingent competing at the Trials. We’ll be bringing a competitive team,” said Blake Dalton, CKBC’s provincial coach. “A number of these athletes have a great opportunity to qualify for one of the international teams.”

In addition to competitions, athletes may also qualify for the National Team and inclusion in the Athlete Assistance Program which provides funding for training.

“We also have some young athletes who have never competed at National Team Trials,” added Dalton. “This is a fantastic opportunity for them to learn the process of racing at Trials. The competition operates under different rules and format than that of Nationals and local regattas.”

The trials take place at the Olympic Basin in Montreal from June 22-24. The draw and results can be found on the event website or via the CKC IOS app.