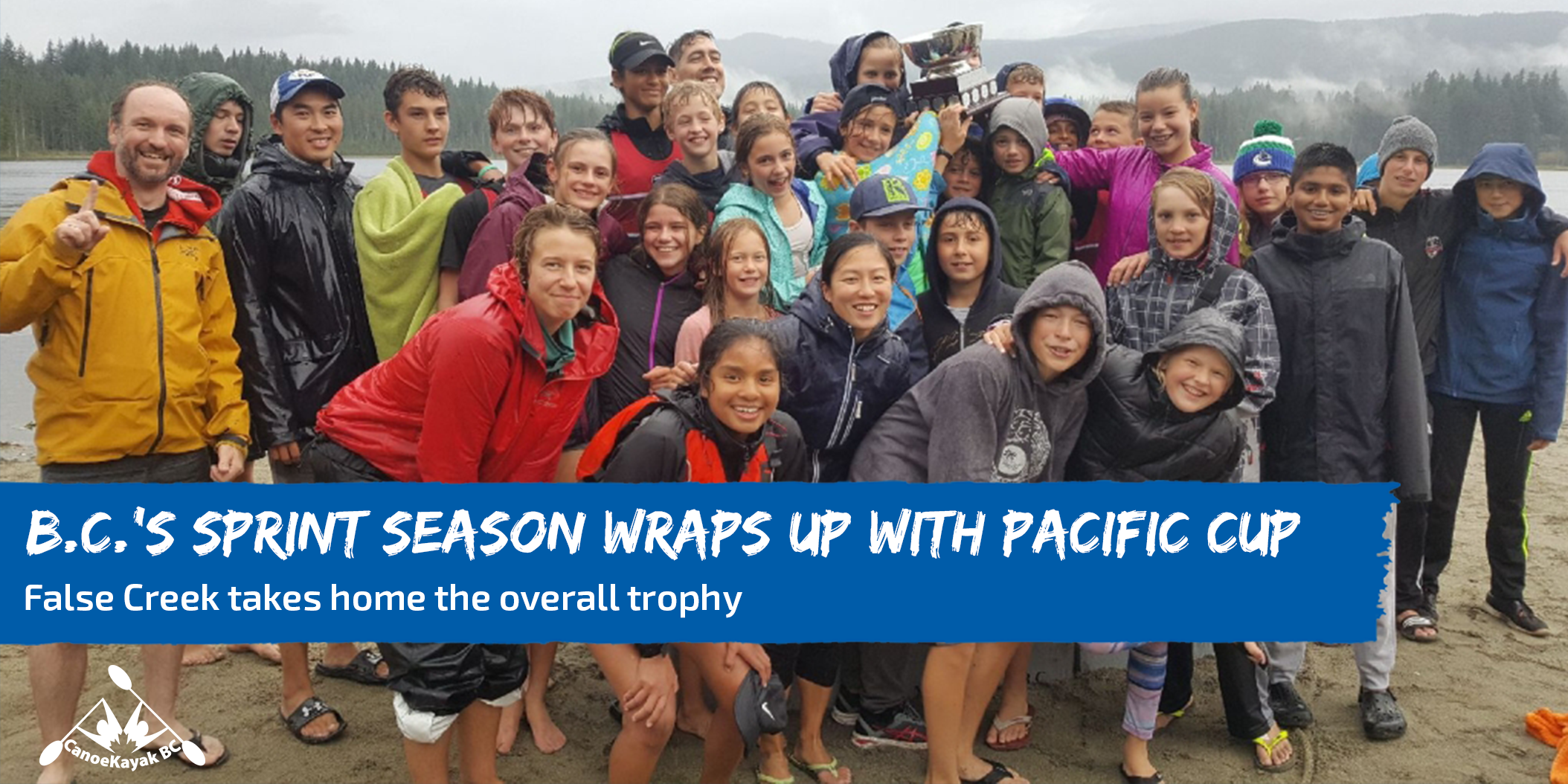 Rain and cooler temperatures couldn’t dampen the spirits of over 300 paddlers at the 2018 Pacific Cup on Whonnock Lake in Maple Ridge. Seventeen clubs from B.C., Alberta, Yukon and Washington State competed at CKBC’s last flatwater regatta of the season from September 8 to 9.

Vancouver’s False Creek Sprint Canoe Club won the overall points trophy for the second year in a row. Their 619 points easily surpassed Gig Harbor in second and Bellingham in third.

Athletes paddled in both canoes and kayaks in U11 to Novice men and women, Master’s men and women, PaddleAll and Para categories. Distances ranged from 200m to 500m in individual and two and four person boats.

As the sprint season ends, CKBC thanks our club hosts, officials, volunteers, athletes, coaches, parents and supporters for another great flatwater season.