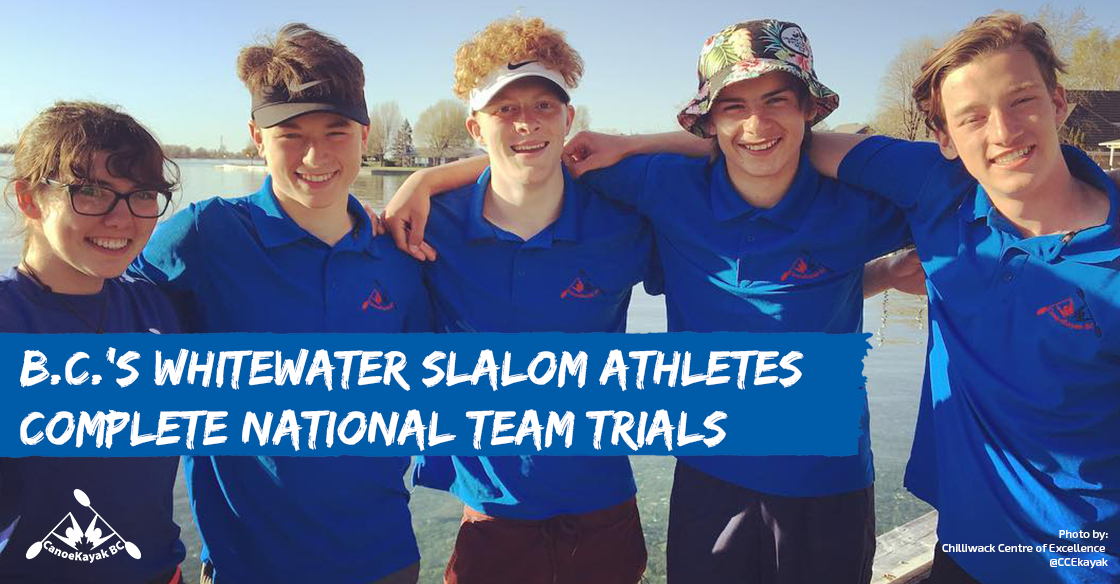 Six B.C. paddlers were among the athletes who completed the National Slalom Team Trials of a new season of racing this weekend on the Saint-Charles River in Salaberry-de-Valleyfield, Québec.

“Our junior and senior athletes looked impressive on the race course this week-end,” said James Cartwright, Slalom High Performance manager at Canoe Kayak Canada. “The athletes and coaches were well prepared for the races and I was pleased to see Ben Hayward back on the race course after missing last season from shoulder surgery.”

Saturday, Florence Maheu (Québec) won the Women’s K1 in both the first and second round with a time of 108.06 and 103.67 seconds, respectively. Michael Tayler (Ontario) won the Men’s K1 first run with a time of 92.08 seconds while Ben Hayward (Alberta) won the second run with a tim of 93.78 seconds.

On Sunday, Maheu took first place again in the Women’s K1 final run of the weekend with a time of 98.25 seconds, as well as Tayler in the men’s race with a time of 90.31 seconds.

On the last day of trials, athletes were also competing in the Extreme Slalom event. Ben Hayward (Alberta) came first with the fastest time of the day (77.64 seconds), followed by Maël Rivard (Ontario) with a time of 80.18 seconds and Trevor Boyd (Alberta) with a close time of 80.40 seconds.

Canoe Kayak Canada will be announcing the selected teams that will be representing Canada at the 2018 ICF World Cups and also at the 2018 World Championships later this week.