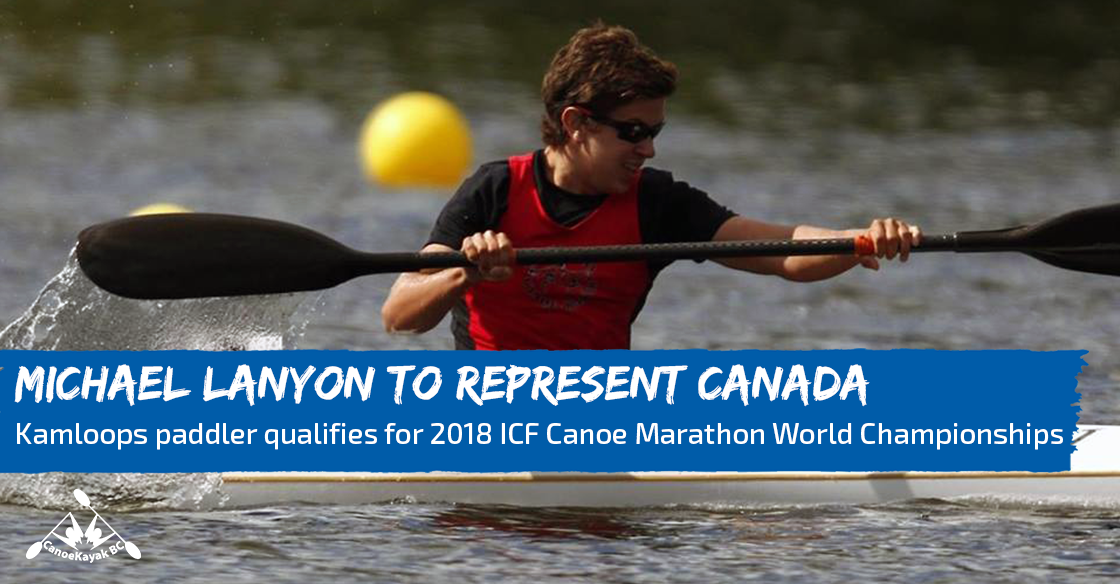 Kamloops paddler Michael Lanyon is among the 10 athletes who will represent Canada at the 2018 ICF Canoe Marathon World Championships. Canoe Kayak Canada (CKC) and the Marathon Canoe Racing Council (MCRC) announced the selection of the Canadian athletes on Tuesday.

Lanyon will compete in the U23 Men’s K-1 competition at the championships in Prado Vila Verde, Portugal from September 6 to 9.

“The Marathon Canoe Racing Council is excited to announce the members of Canada’s National Marathon Team that will compete at this year’s Worlds Championships,” said Kristoffer Archibald, Chair of Canoe Kayak Canada’s MCRC. “Drawn from CKC’s member clubs, these athletes have demonstrated the diligence, exceptional skills and positive attitude that characterize our athletes on the world stage. We eagerly await their competitions in September!”

The following athletes were selected at the 2018 Marathon Championships Qualifiers that were held last May on Shumway Lake in Kamloops, British Columbia. The MCRC was responsible of the approval of all nominations following the selection criteria that was posted on the Canoe Kayak Canada website earlier this year.