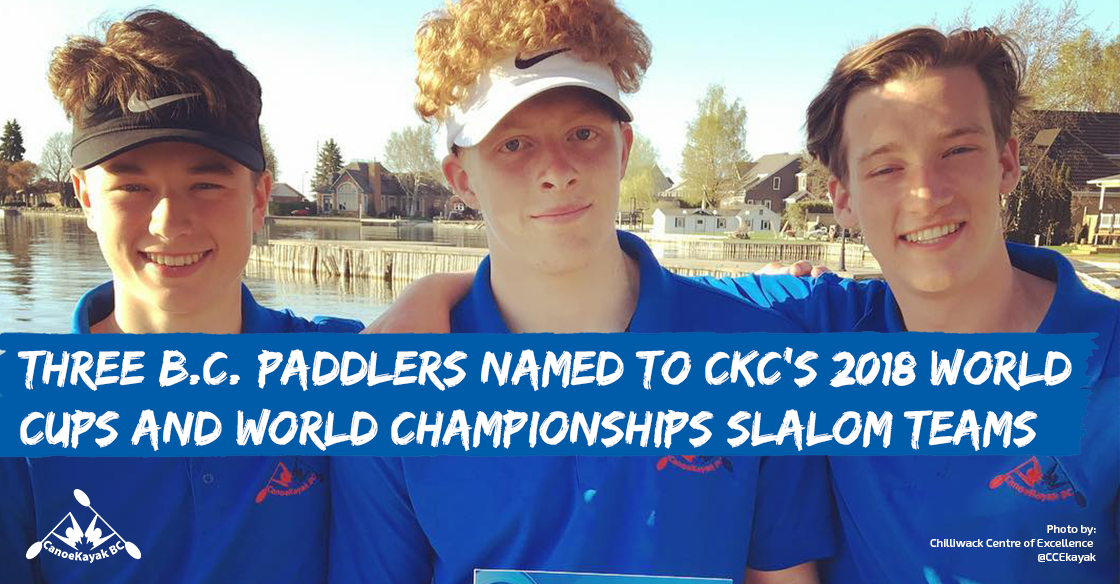 Three B.C. paddlers are among the 21 athletes Canoe Kayak Canada recently named to represent Canada at the 2018 ICF Canoe Slalom World Cups and 2018 ICF Junior, U23 and Senior World Championships. The athletes were selected this weekend during the National Slalom Team Trials in Salaberry-de-Valleyfield, Québec.

Chilliwack Centre of Excellence paddlers Jakob Kryworuchko, Finley Capstick and Austin Atkins have all been named to the Junior teams. Capstick and Atkins are on the kayak team while Kryworuchko is a member of the canoe team.

“It was great to see our Canadian athletes back on the race course this week-end and we look forward to taking these groups of athletes to compete on the international stage in the coming weeks,” announced James Cartwright, Slalom High Performance Manager at Canoe Kayak Canada. “They have been working hard all winter and they look ready to compete against the best athletes in the world.”

The named athletes will be representing Canada at five Slalom World Cups hosted by the International Canoe Federation starting June 22 in Slovakia. The next World Cups will be held in Poland, Germany and Spain over different week-ends between June and September.

The Slalom National Team Trials results are available on-line on the Canoe Kayak Canada Website and more information about the ICF events is on the International Canoe Federations event’s calendar on-line.