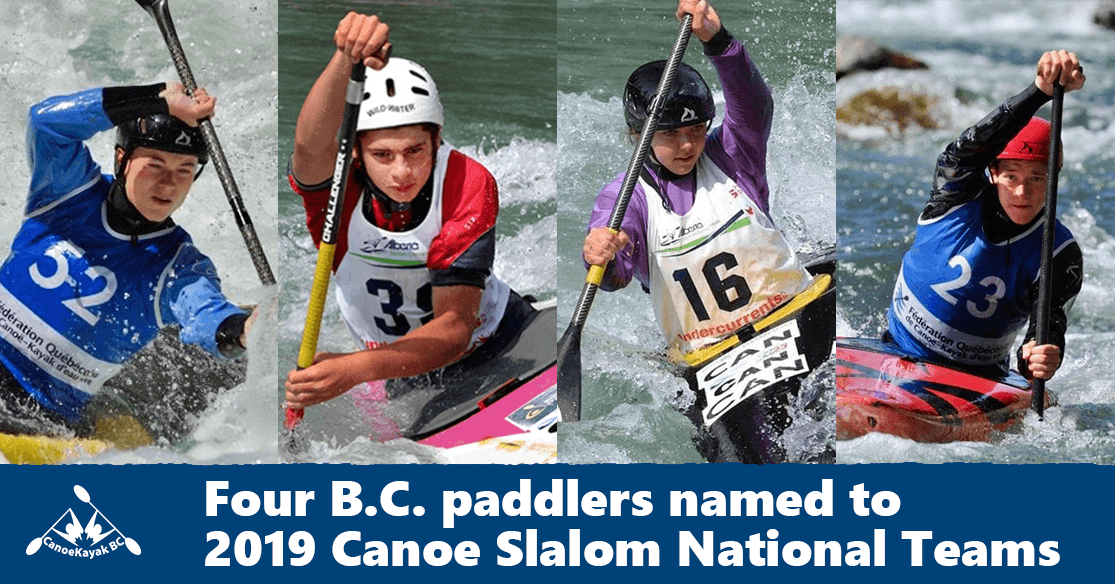 Among the athletes named to the team were four B.C. paddlers from the Chilliwack Centre of Excellence: Finn Wakeling, Jakob Kryworuchko, Isabel Taylor and Austin Atkins.

“The steep fast courses pushed the paddlers while sending athletes through some of the largest and most challenging waves the Oklahoma artificial whitewater course had to offer over the weekend”, said James Cartwright, Senior Manager of Slalom High Performance Manager and Coach Development at Canoe Kayak Canada. “Our junior and senior athletes demonstrated great results and looked strong on the course this weekend.”

The 2019 Senior, U23 and Junior National Teams were selected based on the National Team selection criteria available on the Canoe Kayak Canada website. Selected athletes will have the opportunity to compete on the International Canoe Federation (ICF) circuit over the coming season including the Canoe Slalom World Cups series and the World Championships.

U23 NATIONAL TEAM (U23 World Championships)